Reading as an Addiction 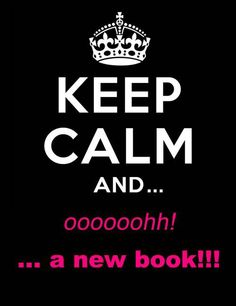 Hi, I’m Rex and I’m a bookaholic… Screw you! It is a real thing. Take your chemical dependence nonsense and stuff it up your leaky anus. If a person can be addicted to gambling, they can be addicted to books…. What’s that? You still think a person has to be downing massive quantities of booze, or narcotics, or chocolate to actually be a real addiction? You’re wrong and I’ll prove it.
First a little personal background. I own around 300 books. This is down from 500, as I did a cull recently, ruthlessly tossing out any books I realized that I would never read again. The mere presence of a book to me has a soothing effect, I enjoy the knowledge that if there is nothing else to do, I can escape into the text. When there isn’t one about, I become irritated and will scan about for anything that I could possibly read if necessary. In addition, I’ve downloaded several novels onto my phone (I’m still amazed that the damn thing can hold Moby Dick, The Prince, and The Three Musketeers and still have tons of storage left over). I keep an extra book stashed away in my car (The Collected Works of O’Henry- a tome you could use to beat a whale to death with) in case it breaks down and I won’t be bored beyond measure while waiting for the tow truck. And instead of the radio I often listen to an audiobook. 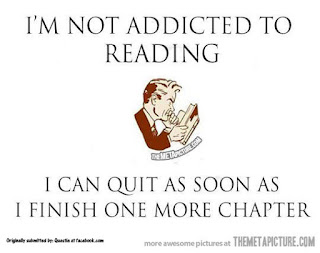 You may believe that reading books doesn’t stand much chance being recognized as a pathology, however there was push to have “internet addiction disorder” included in the DSM-V in 2013. It wasn't incorporated into the new guidelines, but a subset for the proposed mental issue, "internet gaming disorder", was listed in Section III of the manual - Conditions for Further Study. Despite this, there are treatment centers in Europe and the United States which will help you manage this unofficial dependence. Both South Korea and China take the disorder seriously. South Korea reckoning its addiction total at 210,000 people, and China estimating it at 10 million.
The characteristics of the disorder are listed by Jerald Block (“Issues for DSM-V: Internet Addiction”, 2008),  as “1) excessive use, often associated with a loss of sense of time or a neglect of basic drives, 2) withdrawal, including feelings of anger, tension, and/or depression when the computer is inaccessible, 3) tolerance, including the need for better computer equipment, more software, or more hours of use, and 4) negative repercussions, including arguments, lying, poor achievement, social isolation, and fatigue.”
In short, internet addiction is a constant need for mental stimulation and when it isn’t provided a person becomes dissatisfied with life, bored, and irritable; unable to figure out how to manage the large void in their life where once their computer lay. It is an addiction without chemical substance. 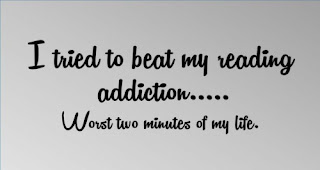 Let’s now take a step back. My supposition is that the real “internet addiction” actually predates the computer and that medium was made from pulp, rather than silicon. This is not as tenuous as it may appear. Apart from various streaming and image sites, most people in the internet are reading something. Even computer games have text flashing on screen. It’s in bite sized chunks, but it’s still there mixed in with the noise and bright colors.
I think that I might have easily become an internet addict, if I had been born later. But being a Gen-Xer and growing up on the cusp of the “silicon revolution” with personal computers in their relative infancy and no internet, I had no chance to . Video games were crude and many of them were completely text based (Leather Goddesses of Phobos anyone?), so my indulgent escapist vice manifested in books.
I have enacted some of the detrimental behaviors that a person with a compulsion will do: Calling in sick to work, so you can stay home and read all day; Driving down the road bored and picking up the book next to me, almost as an unconscious act to chug down a few lines, before realizing how insane I was behaving; Swiping books I like out of libraries (surprising easy to do).  The need for stimulus overrides common sense.
Very often I feel like Burgess Meredith’s character in that Twilght Zone Episode- “Time Enough at Last”, where he’s the obsessive reader who is overjoyed at a nuclear war because he can now spend the rest of his life reading without interruption. But then…


The cliché goes “recognizing a problem is the first step”, but what’s the second? I sure as hell am not going to give up reading. Granted, I have managed to curb the most self- destructive of my behaviors which put my life and freedom in jeopardy, but along with that comes the knowledge that I will have to spend the rest of my days with the literary monkey on my back.

For more fun try books by Rex Hurst
Posted by RexHurst at 2:57 PM

Heil Honey, I'm Home - A Sitcom About Adolph Hitler and His Jewish Neighbors

How about sitting down one day and watching a sitcom about Adolf Hitler living in an apartment with Eva Braun who, while runnin... 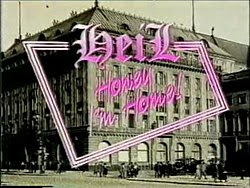